By Teri Sforza and Tony Saavedra

"Irvine is the financially healthiest big city in America, while New York is the sickest, according to a new study by a nonprofit dedicated to financial transparency in the public sector.

These figures reflect what cities owe their workers for public pensions and retiree health benefits that are guaranteed, but not funded.

That means old cities with their own police and fire departments are saddled with more unfunded debt — public safety pensions are the most expensive — than newer cities like Irvine, which contract out for many services. That means the newer “contract cities” carry little to none of the pension and retiree health care burden their elder compatriots shoulder.

Irvine was the top dog again, even though its taxpayer surplus declined from $5,200 to $4,400 since last year.

On the upside, “Very few U.S. cities are free of bonded debt, and Irvine is one of them,” the report said. But, there’s a downside, too: “The city’s unfunded pension debt increased by more than 25 percent because employer contributions and income earned from the pension plan assets did not keep up with the increase in benefits promised.”

In other words, the promised pensions are eating into Irvine’s surplus.

“Irvine is excited and proud to be the No. 1 city based upon fiscal strength for a third straight year,” said city spokesman Craig Reem. “This ranking indicates that we are working (on the next budget) from a place of strength.” 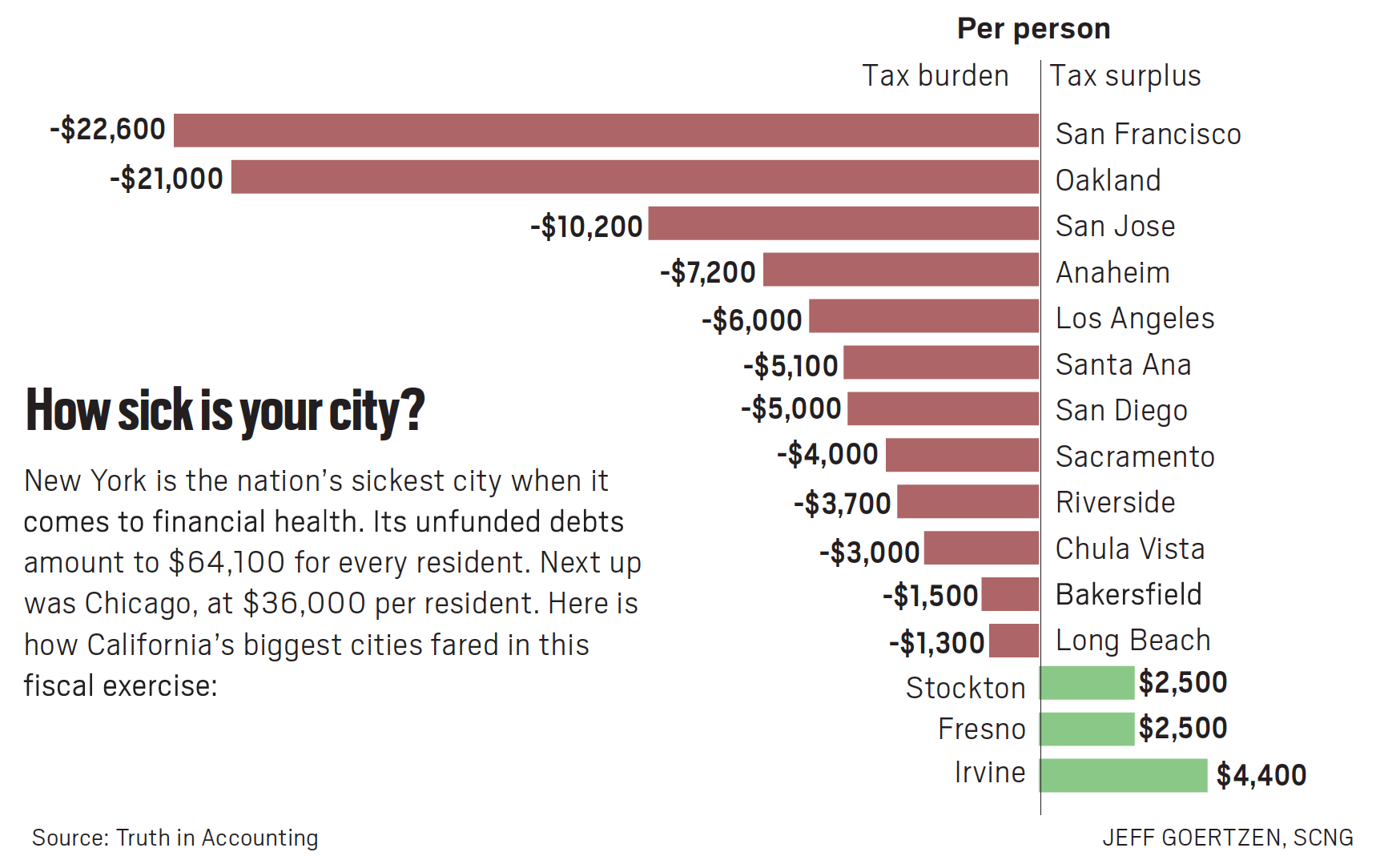